Here’s an edited version of an interesting article I came across in an old fitness magazine, by Author Declan Coyle in 2014 and it’s as relevant now in 2019 as it was then.

It reflects the difficulties some have in changing their lifestyle routine, even for Health, fitness, and wellness benefits.

Last week I got an email from a lady who had just turned 50 and felt her life was stuck in neutral. “I can’t motivate myself anymore to exercise. How can I use your book ‘The Green Platform’ to change?” she asked.
To get out of a rut you have to get so disturbed about your present life that you scream “enough is enough”. You have to get sick and tired of being sick and tired, living a half-lived life of quiet desperation on the negative Red Platform etc, etc, etc.

Once their was a King who received a gift of two magnificent falcons. They were the most beautiful birds he had ever seen. He gave the precious birds to his head falconer to be trained.
Months passed, and one day the head falconer told the King, that though one falcon was flying majestically, soaring high to the sky, the other bird had not moved from it’s branch since the day it had arrived.
The King summoned experts from all over his kingdom but nobody could make the bird fly. Having tried everything else, the King thought “maybe I need somebody more familiar with the countryside to train the falcon to fly”. So he said, “go get me a farmer”.
In the morning the King was thrilled to see the falcon soaring high above the palace gardens. He said to his courtiers: “Bring me the doer of this miracle”.
They brought the farmer to him. The King asked him: “How did you make the falcon fly?”.
With his head bowed, the farmer said to the King: “It was very easy your highness. I simply cut the branch the bird was sitting on.
We are all made to fly, to realise our incredible potential as human beings. But at times we sit in fear, on our branches, clinging to the things that are familiar to us.

The possibilities on the Green Platform are endless, but for most of us they remain undiscovered. We conform to the familiar, the comfortable, and the mundane on the Red Platform.
Generally our lives are mediocre instead of exciting, thrilling and fulfilling. The French poet Guillaume Apollinaire challenges us to leave our comfortable life branch. “Come to the edge, he said. We are afraid they said. Come to the edge, he said? They came to the edge.
He pushed them, and they flew”. 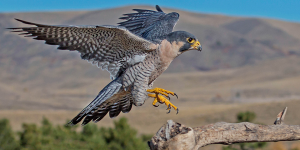 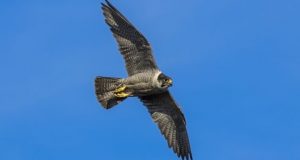