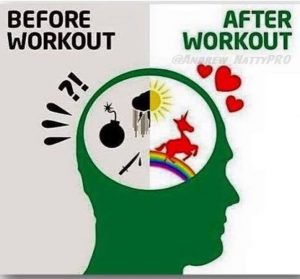 A GOOD HABIT IN JUST 28 DAYS
Here’s an edited version of an an article i came across in a recent fitness magazine.
An ordinary woman made a dramatic change in her life for the better. She explained that what had finally got her to change her habit was the line “the horrors of the half-filled life” which she came across in a fitness magazine.
She decided to change her daily mantra from ‘if only’ to …’what if’ and immediately felt empowered. So the next day she did it. Her ‘what if’ decision was to get up and go to the gym before work. Afterwards she felt fantastic. She had, as she said, that morning, “conquered ordinary human sloth”.
All was going great for a while, until the morning came when she just didn’t feel like it. Then she thought: There are people who make excuses and there are people who make it happen. Can i make an excuse to go to the gym. So she flipped her excuse. She changed her software: life was no longer happening to her, she was happening to life. She packed her bag and went off out the door.
“I was like a recovering alcoholic” she said. I dont know about tomorrow, but just today.
Then after a month, something magical kicked in. Going to the gym in the morning became automatic. It had become a habit.
It was embedded in her subconscious. She had nailed one of the most powerful tools for human development in our inner software.
She had formed a good habit.
Bad habits are easy to do, easy to be faithful to, and extremely hard to break.
Good habits are hard to do, difficult to be faithful to, and easy to break.
Aristotle once said: “Excellence is not an act, but a habit